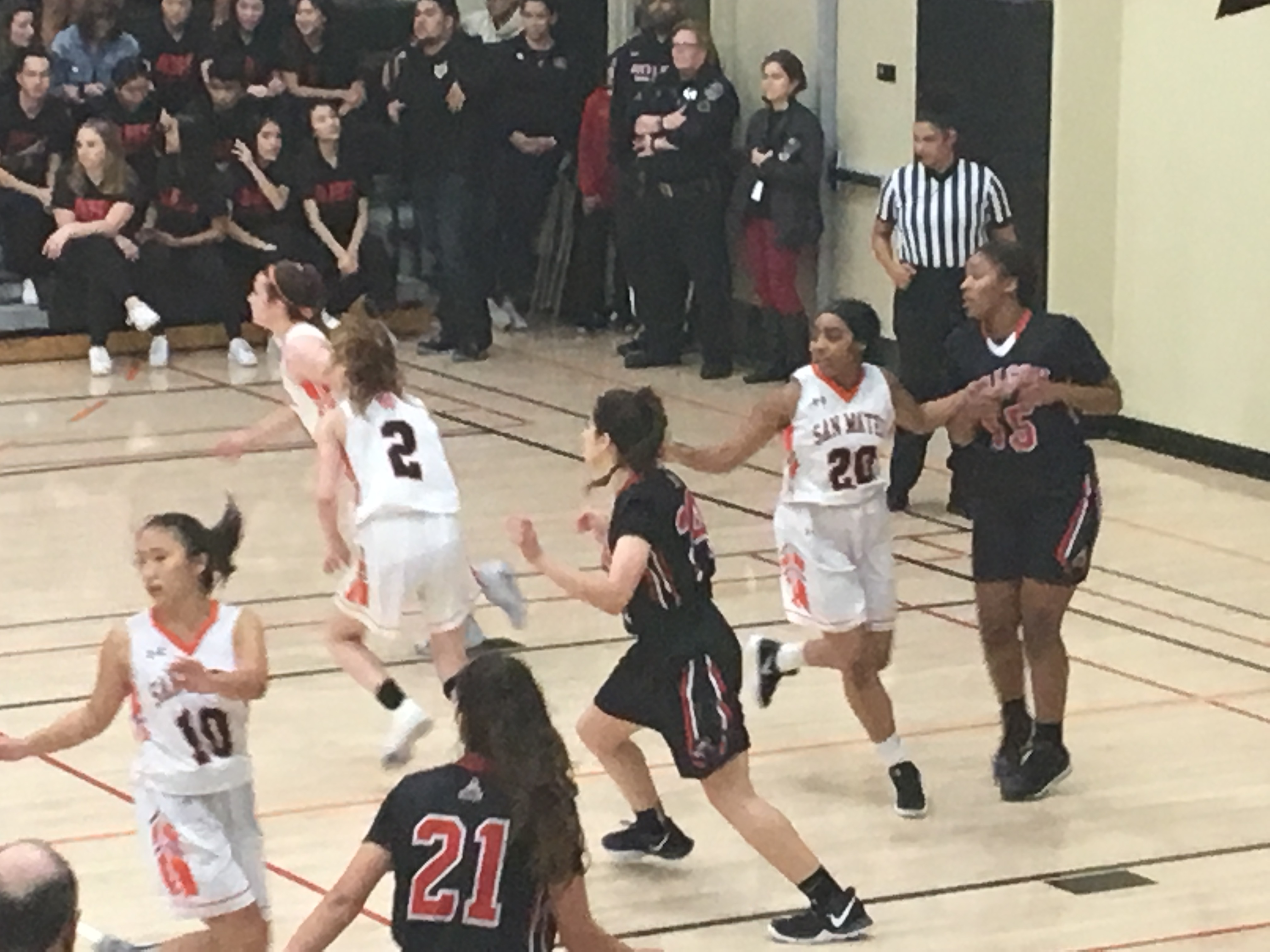 The Lady Bearcats fought hard but could not overcome the 3 point scoring of Aragon. In the first quarter alone, the Dons scored six times from the 3-point line for 18 points while holding the Bearcats to 6. Despite the early deficit, San Mateo began to execute on offense early in the 2nd quarter, scoring an impressive 19 points and holding Aragon to only 6 points going into halftime. The Bearcats continued to create offense in the 2nd half and ended with a season high 41 points, but it wasn’t enough to keep up with Aragon’s strong shooting and defensive pressure. Alyssa Corpuz led the Bearcats in scoring with 13 points; Audrey Morganstern led in rebounds with 8.