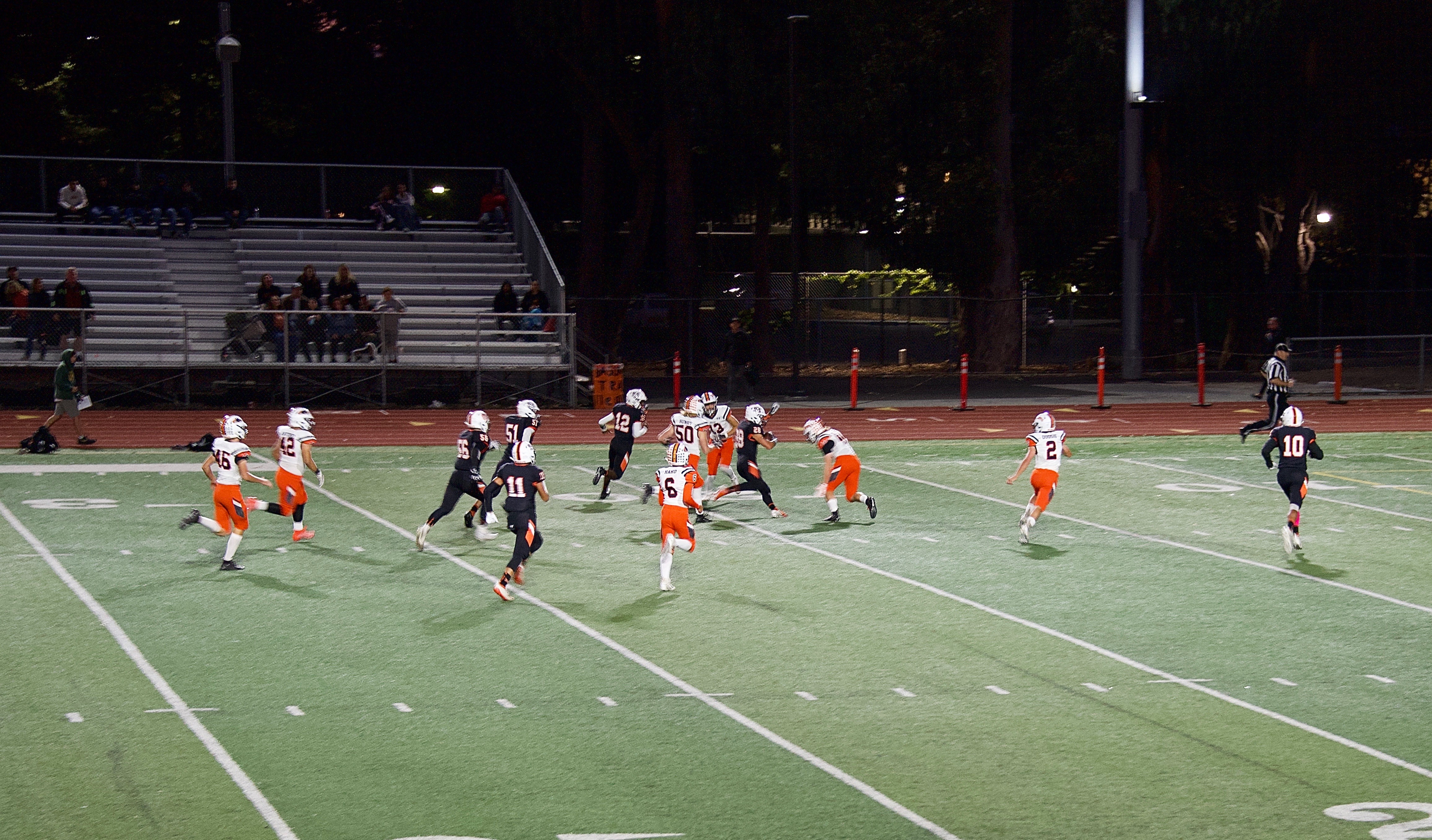 Tough game for the Bearcats, their winning streak came to an end last night. They fought hard all night, but were outplayed by the visiting Cougars. The Cougars scored on their first three drives of the half, which put the home team in a catch up mode the whole game. The score doesn’t tell the whole story, the Bearcats had their chances to score through out the game, in some respects matching the Cougars ability to move the ball, unfortunately they were unable to convert 5 drives into the red zone for scores. The team never gave up and continued to fight to the end, showing some true grit.

The Bearcats go back on the road next week to play Sequoia, looking to get back on track and earn their first league win. Come out and support your team, go Bearcats!