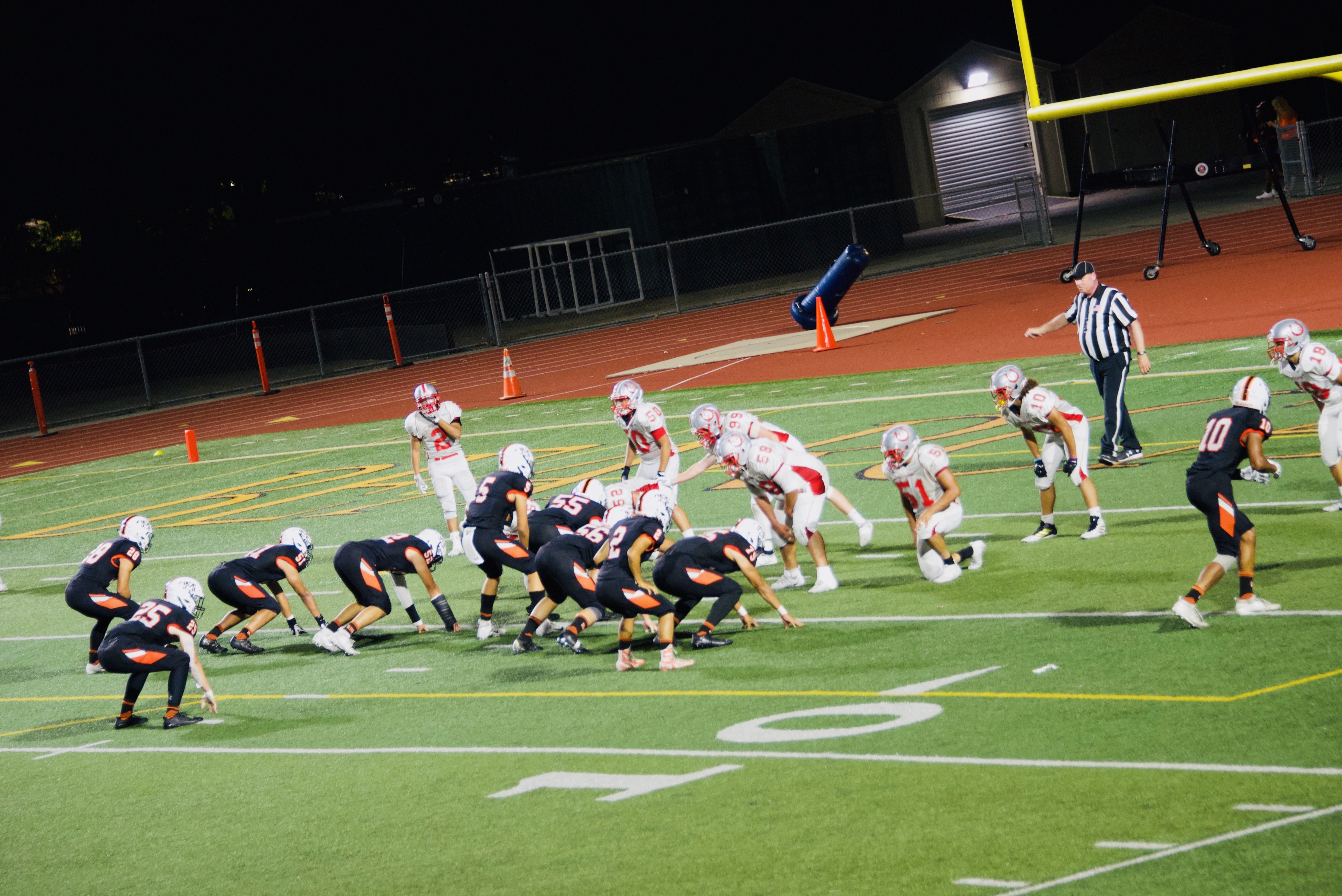 There’s nothing better than an opening night victory in front of your home fans. The Bearcats came out of the game roaring with an opening kickoff return of 30 yards by Lucas Castillo. On the very next play, Luke Bergstrom kept the ball on a QB run for a 55 yd TD. El Camino responded with an impressive 7-minute drive, but the Bearcats defense was able to stand tall and stop the drive on the 10 yd line when the Colt attempted to keep the drive alive on a failed 4th and goal attempt. The second quarter was a defensive battle by both teams.

As the game progressed, the Bearcats started to wear down the Colts in the second half, especially when the SM offense was pinned on the 1 yd line and pulled together a 99 yd drive, which ended with a 1 yd TD run by Bergstrom. The drive was filled by timely plays from multiple key contributors, Castillo’s 10 yd run for a first down from the 2yd line, Dane Anderson had multiple plays on the drive, the best being a great catch over the middle for 30 yds to keep the drive rolling, from there the offense went to a power running game with Aidan Harper running over the El Camino defense. Great team victory by the Bearcats, but the victory wouldn’t be possible without the Bearcats defense controlling the game, the defense was stout, with great plays from Unga, Kolokihakaufisi, Perez, and Qobti.

Bearcats look to keep the momentum rolling next week at home against the Aragon Dons, come out and support your squad. Go Mateo!