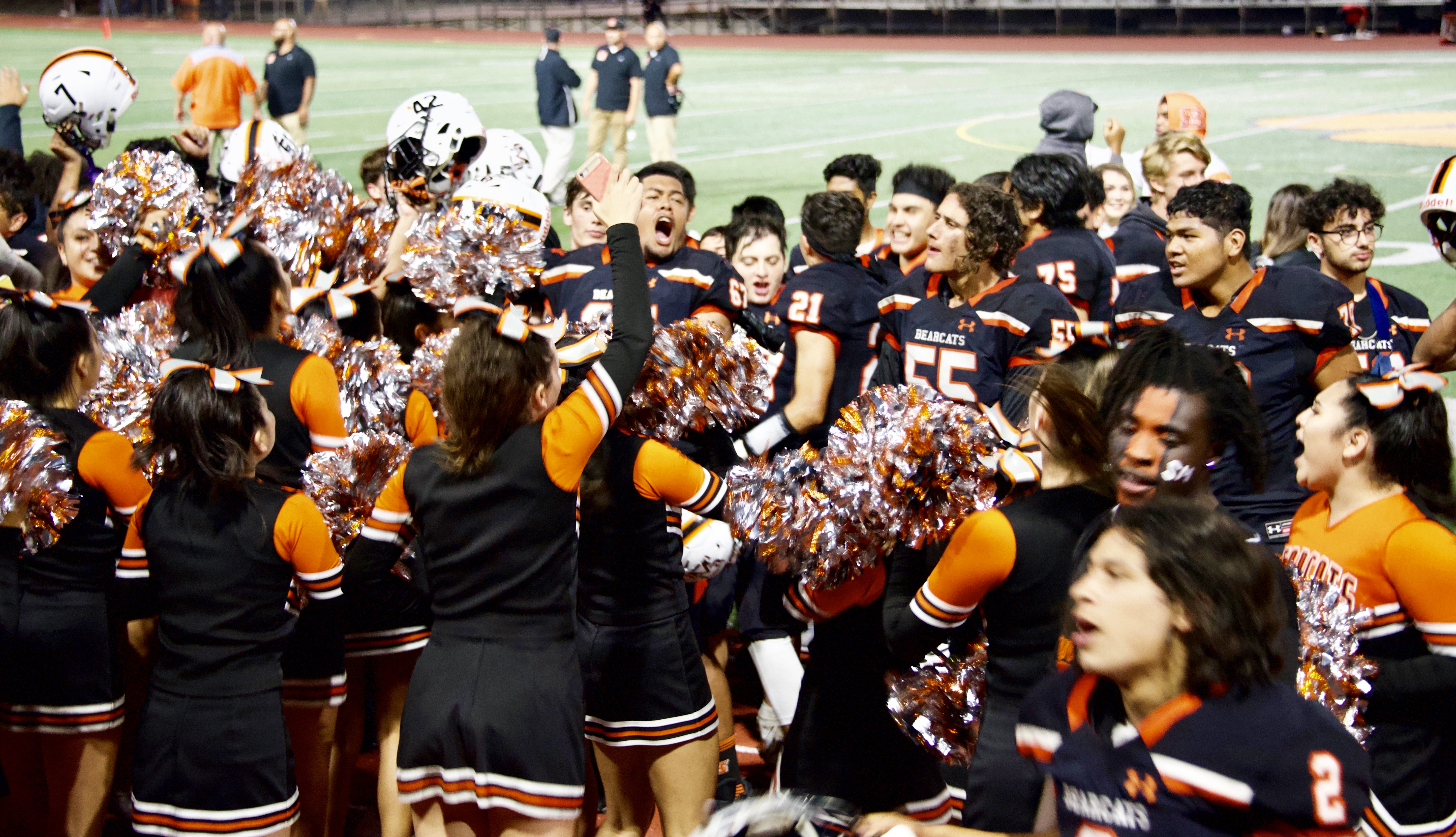 Huge win for the Bearcats, they ended a 9 year streak of losing to Aragon and hammered a Bay division team in front of a packed stadium. The offense exploded last night with a great blend of play calling, that fully utilized all of their skill players. The game was won in the trenches with both sides of the ball dominating the game, controlling the time of position and momentum of the game. The running game dominated the Don’s defense, Aidan Harper bulldozed the defense up the middle, Lucas Castillo & Dane Anderson scorched the defense with timely plays to the outside. Both Castillo and Anderson scored 2 TD’s for the game. Luke Bergstrom had another great game running the offense, scoring again on a 2 yd TD run and a passing TD to Castillo. This offense has allot of weapons to choose from, pick your poison!

Once again the defense pitched a shut out and completely stuffed the Don’s offense. Another brilliant game by the entire defense, every player on defense did their job and executed the game plan to perfection. Bravo boys! Michael Vendel ended the night with two INT’s for the night, another great performance for the senior.

Bearcats travel to Capuchino next week and look to keep the winning streak rolling. Come out and support your team. Go Bearcats!