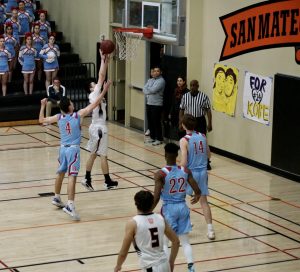 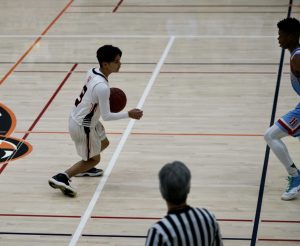 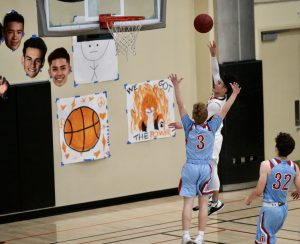 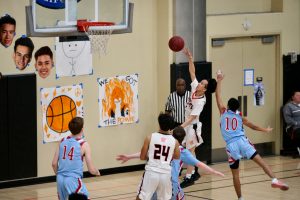 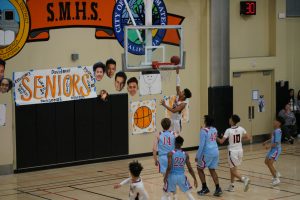 The San Mateo Bearcats (5th in PAL South) hosted Hillsdale (2nd in PAL South) at home, on Senior Night. With 9 seniors on the team, Varsity Head Coach Josh Gould decided to dedicate the game to his seniors and to his entire bench. “This night was about our seniors…some things are much more important than winning,” said Coach Gould, when asked why he didn’t play his usual starting lineup. Gould not only played all his seniors, he rotated his entire bench into the lineup. They lost to Hillsdale by 6 points, 50-44.

Captain Jackson Chew played one of his best games of the season leading his squad with 14 points for San Mateo. With the entire bench playing, contributions were made by every player that hit the court.

San Mateo’s basketball program with new head coach Gould is destined to become enviably successful under such leadership. Pending the outcome of next week’s games against Capuchino and Burlingame High School, the Bearcats may take 5th overall for the season in a highly competitive PAL South league. Lets get it done next week, Bearcats!